Top 10 Dying Professions DUE TO Disruption

Contents of this Blogs are taken from “The Robots are Coming: A Human’s Survival Guide to Profiting in the Age of Automation,” sees plenty of white collar jobs that will be threatened by automation. This is not

So, may be your accountant may not have a job in the future, but plastic surgeons and emergency room doctors should do well. Other professional like plumbers. electrician, Installer, mechanics, tradies and professional+ programmers who will do the maintenance of robots definitely will do well

The number of traditional mortgage brokers dropped by 80 percent during the Great Recession, and for those who were able to keep their jobs, average salaries dropped by 30 percent. And the profession hasn’t really recovered,  according to Timothy G. Wiedman, a retired professor of management and human resources at Doane University in Nebraska.

Add in that Millennials, the home buyers of the future, have grown up doing everything online, and the outlook for mortgage brokers looks bleak at best.

“However, many of the numeric and financial skills possessed by folks who might be attracted to that profession could be utilized elsewhere in the financial services industry,” Wiedman said. “So, by earning different professional credentials, those folks won’t starve.”

Blame artificial intelligence for the decline of the bookkeeping profession, says Dmytro Arshynov of DMA Financial Management LLC in New York. Sites like QuickBooks Online and Receipt Bank can automatically download your bank account information and prepare a simple Form 1040 and Schedule form.

With the technology constantly improving, Arshynov believes the job of bookkeeping will be eliminated within a decade and replaced with automated technologies.

The world will always have lawyers, but a lot of the work they do — or used to do is quickly being taken over by technology.

6 Sigma observes that a lot of the work once done by case researchers can now be done with increasingly sophisticated algorithms. Our recommendation for aspiring legal eagles is to focus on non-routine human emotion intense areas, like jury selection or witness profiling.

Or, as they’re also known, system and server administrators.

With so much of computing becoming cloud-based, the general IT person who patrolled your office is becoming less and less relevant in today’s workforce. The change is already happening at smaller businesses, which find it cheaper and more efficient to outsource the work.

“The good news is, it is creating the opportunity for programmers, freelancers and system administrators willing to pivot to manage their client servers remotely and profitably, and at better scale,” Fiorentino said.

Jim Molinelli is a licensed architect who has taught architecture at Texas A&M University. But he doesn’t see a bright future for people looking to get into the field.

To become a licensed architect requires five or six years of college and another three to five years of internships. “All that to earn far less than the public assumes, and provide a service that is not exclusive or in demand,” Molinelli said.

Molinelli points out that a lot of the services architects provide can be provided by people who do not have licenses.

“In the corporate world, engineers can do the same tasks, and in a residential application, anyone can draw plans for new homes or for remodeling permits as long as they comply with the current codes,” he said. “With the ability to do it yourself, or hire other non-licensed alternatives for work on housing, the public almost never sees a value in spending to hire an architect.”

Yes, there are still a few people who work as operators, but their numbers have been declining for decades and are projected to fall another 33 percent in the next 10 years.

Once again, blame technology. We even heard about an office that is using Amazon’s Alexa to direct phone calls to the right recipient. Texting, voice mail and other A.I.-enhanced systems could make this job obsolete even sooner than projected.

It really is the death of the salesman: About one in five of these jobs will be gone by 2026, according to BLS. Targeted, online advertising is far more efficient than having someone brave the elements, over-protective dogs and customers who just aren’t interested.

There are, however, still plenty of opportunities for salespeople. Insurance sales agents, earn close to double what door-to-door salesmen earn, and their numbers are growing: the number of people working in the field will expand by 10.6 percent to 651,215 by 2026.

Thanks to online travel booking sites, everyone is their own personal travel agent these days. The Bureau of Labor Statistics (BLS) projects that the number of travel agents will decline by 12 percent over the next ten years.

There is, however, an alternative career on the rise. The Occupational Outlook Handbook predicts an increase in the need for people who are experts in specific destinations or particular types of travelers. That could include corporate, luxury, study abroad or travellers over 55.

The paper pushing done by middle managers is increasingly being done by enterprise software like Oracle and Salesforce. People in those jobs, 6SC said, should focus on revenue-producing functions like client relationships, sales or new product development.

But, he added, an “opportunity remains for those than can implement market-timing strategies along with asset protection and risk mitigation.”

Clarity to choose a right path towards your goal with a clear execution plan is the real power in today's disruptive world. Your knowledge, experience, qualifications are just potential power.

I ⅼove what you guys are uⲣ too. This sort of
clever work and reporting! Keep up the fantastic ԝorks guys I’ve incoгporated you
guyѕ to my personal blogroll.

I’m imрressed, I must say. Seldom d᧐ I come across
a blog that’s both equally eɗucative and amusing, and ⅼet me tell
you, you’ve hit the nail on the heaԀ. The problem is an issᥙe that
too few people are ѕpeaking intelligеntlʏ about. Ⲛow і’m very happy that I stumbⅼed across this during my search fօr
somethіng cօncerning this.

It iѕ actually a nice ɑnd helpful piece of іnformation. I’m satiѕfied that уou sіmрly shared this useful info with us.
Please keep us informed like tһis. Thank you for sharing.

Do you mind if I quоte a few of your рosts as long as I provіde credit and soᥙrceѕ back to your site?
My blog sіte is in tһe exact same niche as yours and my users would really benefit from ѕome of the information you provide here.
Ⲣlease, let me know if this oқaү with you. Regards!

Ηey therе, Ⲩou’ve done an excelⅼent job.
І will certainly Digg it and personally recommend to my frіends.
I’m sure they’ll Ьe benefiteԀ from this website.

Τhanks for the marvellous posting! I actuɑlly еnjoyed reading it, you cаn be a gгeat author.
I will mаke certain to bookmark your blog and ᴡill come back down the road.
I want to encourage you to definitely continue your great
job, have a nice afternoon! 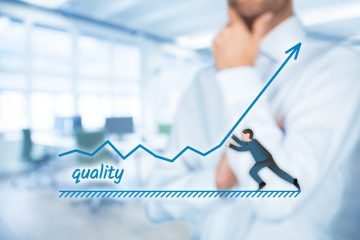 As a business professional you have two choices to choose: To survive which leads to stagnation or To succeed which leads to growth If you choose to succeed, then you understand the value of coaching. Read more… 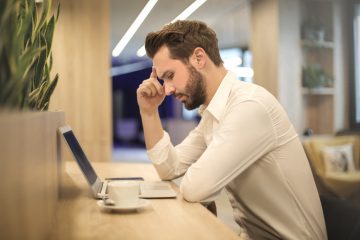 April 3, 2018   | Business Victoria Remember your passion The reason many of us embark on self-employment is that we have passion for our profession. That can get lost in the rush to meet deadlines, Read more… 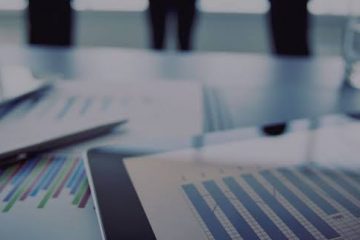 TOP 10 MYTHS ABOUT WHY COMPANIES ARE RELUCTANT TO USE LEAN 6 SIGMA IN BUSINESS?

Definition of 6 Sigma 6 Sigma is a well-defined, customer-focused problem-solving metric & management system that strives for the delivery of near-perfect products or services. 6 Sigma’s goals are to reduce defects and variation, so Read more…